TELL IT HOW IT IS Man Utd ‘offered £22.7m star Alex Telles in transfer from Porto’ as Solskjaer eyes Luke Shaw competition

MANCHESTER UNITED were offered the chance to sign Porto left-back Alex Telles for £22.7million, according to reports. The Red Devils ... 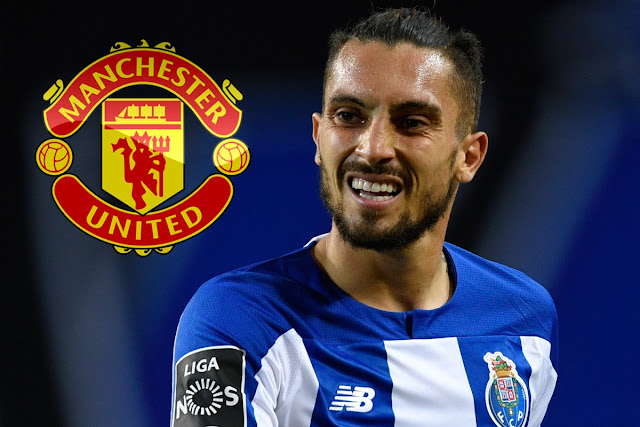 MANCHESTER UNITED were offered the chance to sign Porto left-back Alex Telles for £22.7million, according to reports.
The Red Devils are keen to bolster the left side of their defence by bringing in a new full-back to provide Luke Shaw with more competition.

And according to Duncan Castles, Telles was one option - although Paris Saint-Germain are also interested.
He told the Transfer Window Podcast: "[United] have been looking for a left-sided, left-footed centre-back and a left-back, or a full-back of some type, preferably a left-footed left-back.
"I can tell you that they've been offered the Porto left-back Alex Telles.

"Twenty-seven years old, relatively cheap wages, €2m [£1.8m] gross but out of contract in June 2021.
"Porto, I'm told, want €25m [£22.7m] for the player who has been offered to Paris Saint-Germain, that deal hasn't been able to be concluded.
"The agent involved is Pini Zahavi, who does quite a lot of business out of Portugal and actually was involved in some stage in Neymar's deal [to PSG in 2017]."
Telles was a stand-out performer last term as Porto clinched a Primeira Liga and Portuguese Cup double.
And for a defender he had incredible stats of scoring 13 goals and registering 12 assists.


But Porto are said to be willing to cash in on Telles in the current transfer window with his contract up at the end of the season - although Chelsea are no longer keen after snapping up Ben Chilwell.
With Shaw's injuries and fluctuating form, Brandon Williams was promoted into the first team at Old Trafford last season.
The academy graduate, 20, racked up 36 appearances last season and penned a new contract at his boyhood club in August.
United have also been linked with Real Madrid's Sergio Reguilon.
The Spaniard spent last season on loan at Sevilla and earned his first international cap in the Nations League win over Ukraine.
Reguilon joined Los Blancos aged eight but now 23 has only spent one season with the first team, totalling 22 matches.
Ferland Mendy was signed as the long-term replacement for Marcelo a year ago and made 32 appearances last season while the Brazilian got 22.
However, it is thought Real Madrid would insert a buy-back clause into any transfer for Reguilon.