CRISTIANO RONALDO continues to prove that age is just a number as he carries on breaking records for both club and country. The 35-year-...

CRISTIANO RONALDO continues to prove that age is just a number as he carries on breaking records for both club and country.
The 35-year-old brought up 100 international goals for Portugal this week when he scored twice in the Nations League win against Sweden. 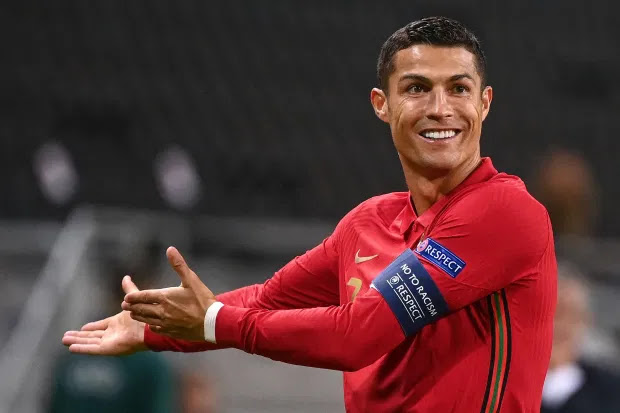 And he enjoyed another fine season for Juventus as he helped them win their ninth consecutive Serie A title.
After the disappointing Champions League exit at the hands of Lyon, Ronaldo was in high spirits after his double against Sweden.
Planet Football has compiled a list of 11 incredible records and stats of Ronaldo during the 2019/20 season, along with contributions for Portugal.
Here SunSport runs you down the list.

Cristiano Ronaldo brought up his 100th and 101st international goals for Portugal in the victory against Sweden.
In doing so, he became the first European player to reach a ton of goals for their national team.
2. THAT'LL BE THE DAEI
Ronaldo is just nine goals away from becoming the all-time top international scorer in history.
That accolade currently belongs to Iran's Ali Daei - who fired in 109 goals in 149 games.

Incredibly, Ronaldo now has the same amount of international goals as the leading scorers for the French and Dutch national side.
Thierry Henry has 51 goals to his name for Les Blues, while his former Arsenal team-mate Robin van Persie notched in 50 goals for Holland.

Ronaldo also boasts 13 more goals than Portugal’s second and third highest goalscorers combined.
Pauleta scored 47 goals in 88 matches for the Navigators, with the legendary Eusebio banging in 41 times in 64 outings.

In a further stat proving that age means nothing, 49 of Ronaldo's goals for Portugal have come in his last 47 games.
He has scored a whopping 24 braces on the international stage, meaning he has more braces than any other current Portugal player has goals.

Ronaldo also moved past 700 career goals in October.
Others that have hit that milestone include Pele, Romario, Gerd Muller, Josef Bican, Ferenc Puskas, and most recently Lionel Messi.

The ex-Manchester United star broke a 94-year old record for Juve last month when he scored twice against Lyon.
His two strikes brought up 37 goals for the season - more than any other player had registered in a single campaign for the Old Lady.
The previous record holder was Ferenc Hirzer - who found the back of the net on 35 occasions during the 1925-26 season.

Ronaldo also broke a 72-year record when he became the oldest player at the age of 35 years and 166 days to score more than 30 goals in one of the top five European leagues.
Former Arsenal striker Ronnie Rooke banged in 33 league goals during the 1947-48 campaign.

No other player has reached 50 Serie A goals quicker than Ronaldo, who achieved the feat in just his 61st outing.
He created history in seven games fewer than what it took Andriy Shevchenko to do for AC Milan.