The Federal Bureau of Investigation, FBI, has explained how Huspuppi's Instagram posts prompted a secret investigation that led... 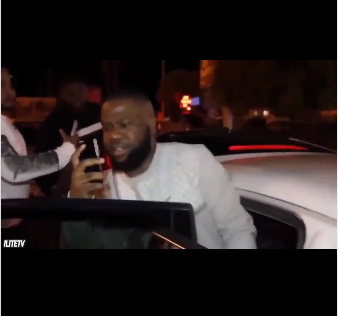 The Federal Bureau of Investigation, FBI, has explained how Huspuppi's Instagram posts prompted a secret investigation that led to his arrest.

His showy Instagram posts raised suspicion and caused the FBI to set their sights on him.

In one of such posts, Hushpuppi wrote: "Started out my day having sushi down at Nobu in Monte Carlo, Monaco, then decided to book a helicopter to have facials at the Christian Dior spa in Paris, then ended my day having Champagne in Gucci."

The FBI also said he shared a post where he was standing with a number of Bentleys, Mercedes, Ferraris, and Rolls-Royces.

The FBI added that "with some very key information, he had his email and phone number saved to his Instagram and when our boys here at the Bureau did a little digging, we were able to link the financial transactions and transfers known to be associated with co-conspirators."

Another post was a picture of his birthday cake with a cake image of Hushpuppi and a Fendi logo on top.

The FBI adds that through that post, "investigators were able to verify his date of birth from a previous US visa application."

"We had all we needed," the FBI adds, so they took action.

Ramon Olorunwa Abbas was arrested in Dubai on July 2 and was then sent to the FBI in the United States of America.

He is now being held at the Metropolitan Correction Centre in Chicago.

The FBI added that after his arrest, his assets were seized. Almost $41 million in cash was seized from him at the time of his arrest. He was also in possession of luxurious vehicles worth $6.8 million which were all confiscated by the FBI.

The FBI stated that the nature of the crime committed was nothing new, however, the magnitude was overwhelming.

Watch the video below.