A woman whose husband abandoned her and their kids because they have blue eyes has narrated her ordeal. A student of the Universi... 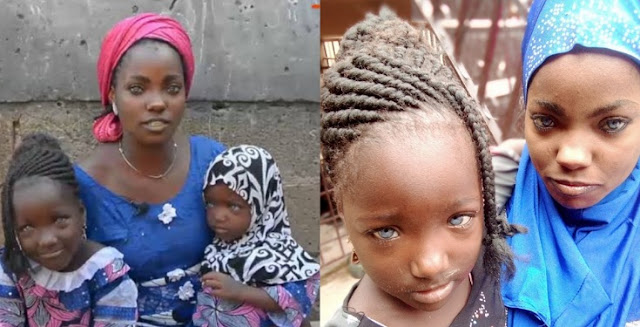 A woman whose husband abandoned her and their kids because they have blue eyes has narrated her ordeal. 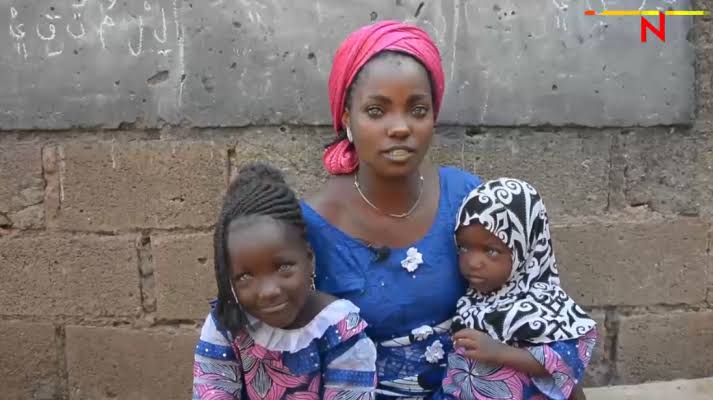 A student of the University of Osun, who travelled to Ilorin for the Sallah festivities, brought the family’s plight to the limelight after she shared their photos on Facebook. Alabi Afusat explained that she met a family who is naturally blue-eyed and their eye colour made their father abandon them.
The family’s story went viral and the mum of the blue-eyed girls, Risikat Azeez-Ayegbami – who is also blue-eyed – shared her story. 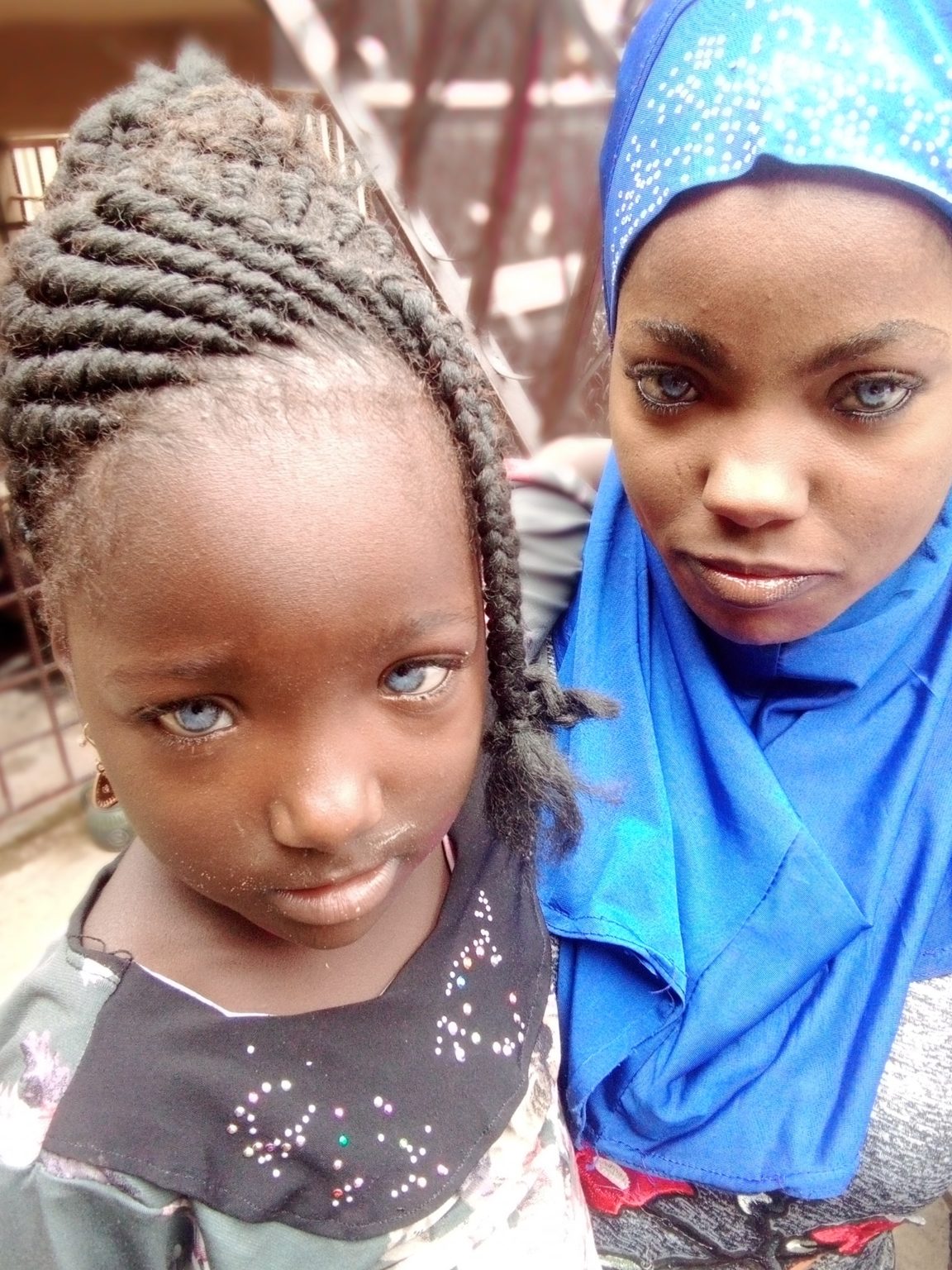 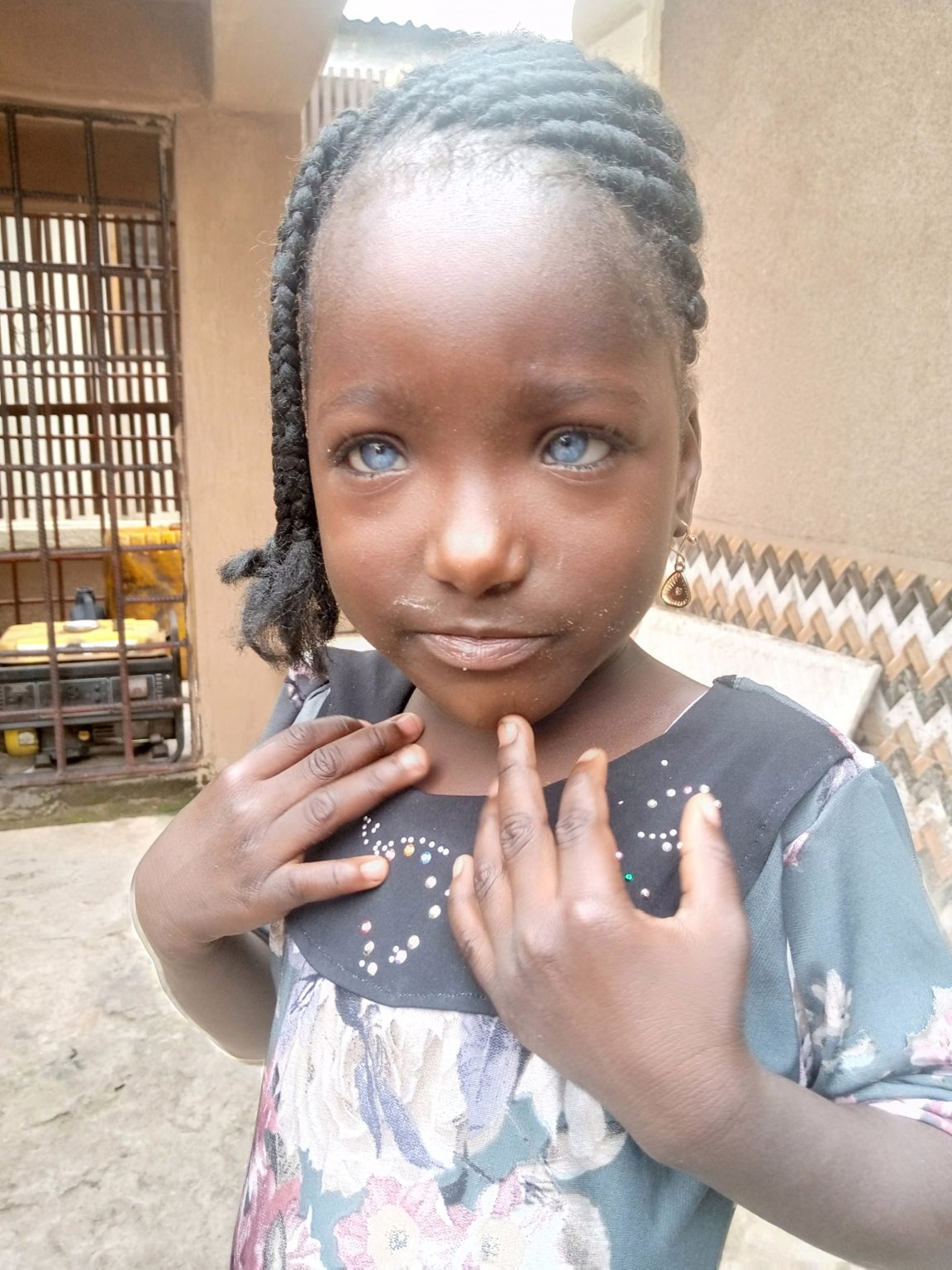 She added that the doctors gave her lots of gifts and told her that they love her eyes.
“I can see clearly and there’s nothing wrong with my eyes,” she said.
A relative also explained how Risikat used to be invited to the General Hospital when she was a child just because they were fascinated by her eyes. The relative added that the General Hospital used to “compensate” Risikat for honouring their visit.
Risikat grew older and got married. She gave birth to three girls and all of them inherited her eye colour.
However, she explained that her husband, Abdulwasiu Omo Dada, had a problem with it and abandoned them as a result. 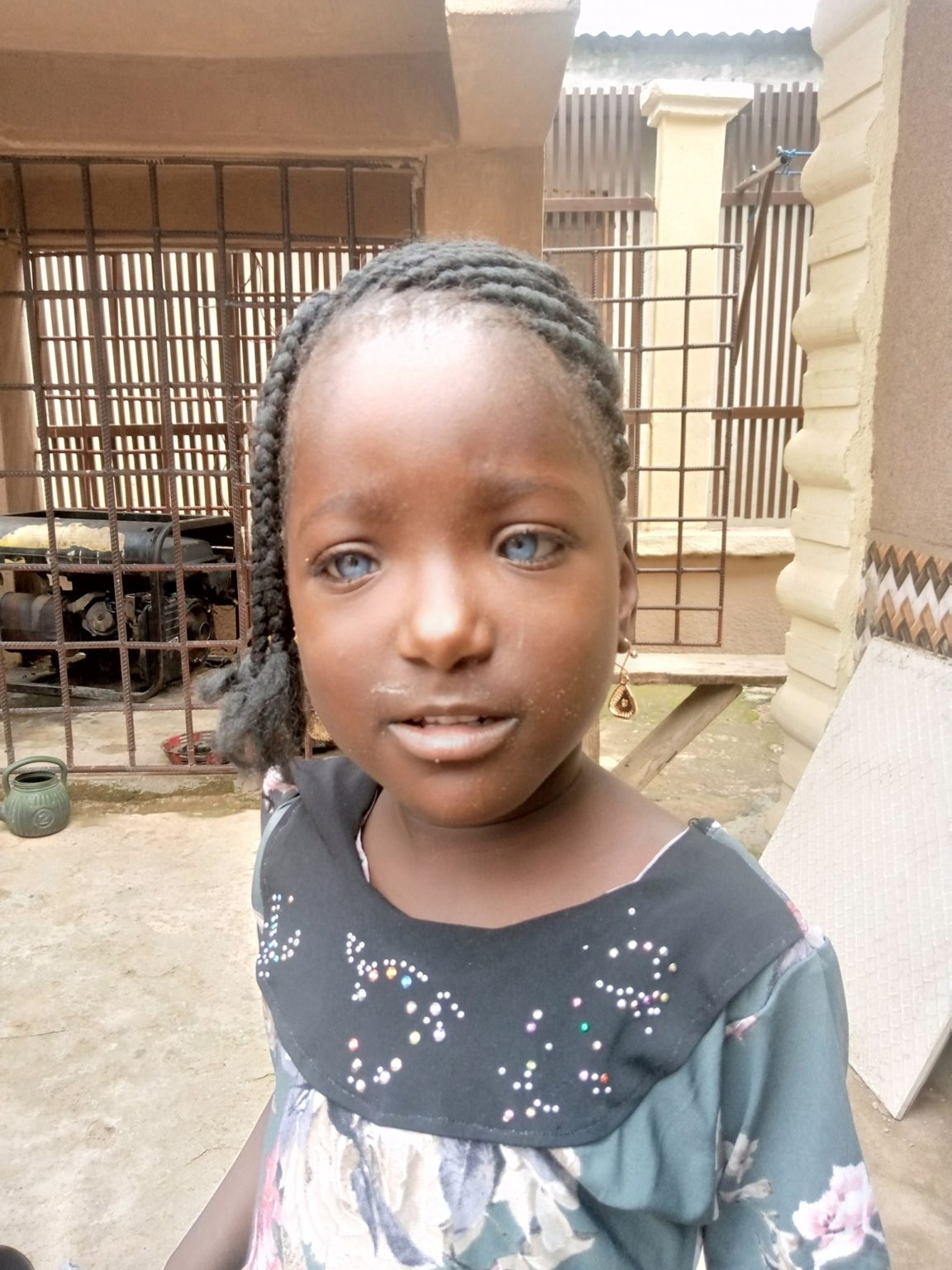 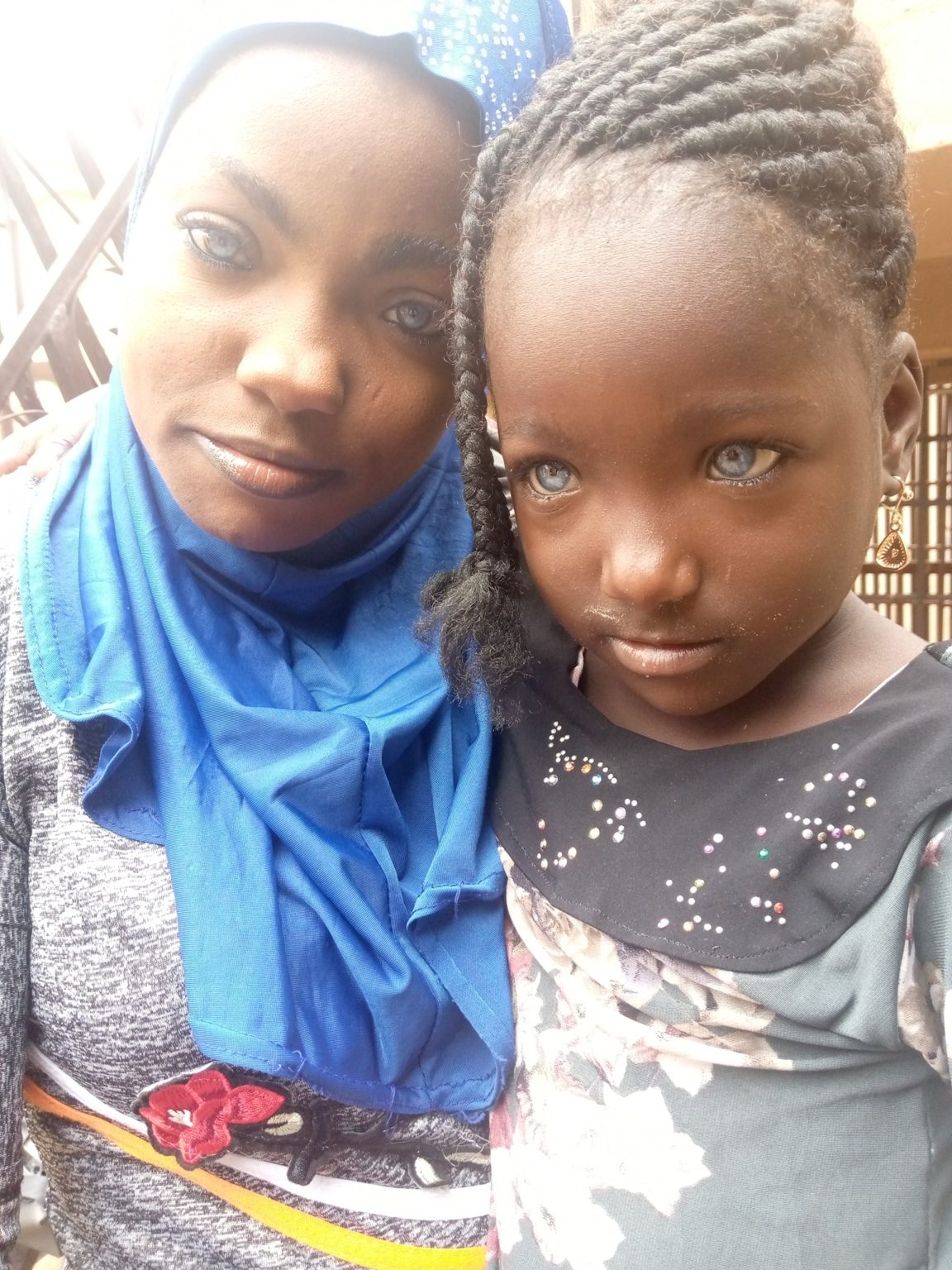 The second baby came out with blue eyes too and at this point, her husband’s behaviour worsened. To make matters worse, his parents also expressed their displeasure with the eyes of his children.
Risikat said: “Even his parents were asking him if he was going to keep having children with blue eyes.”
She said her husband began leaving home for days on end. Sometimes, he will be away for a whole week and wouldn’t leave money for his family.
She said she began eating at her parents’ home again. After the child’s christening, she said her parents asked her to leave her husband.
She said that since she left, her husband has not shown up to ask after her or their kids.
Watch her speak in the video below.